Toronto s the largest city in Canada and the provincial capital of Ontario. It is located in Southern Ontario on the northwestern shore of Lake Ontario. The city has 2.6 million residents, according to the 2011 Census, and it is currently the fifth most populous city in North America.  Toronto is one of the world's most diverse cities by percentage of non-native-born residents, with about 49% of the population born outside Canada. 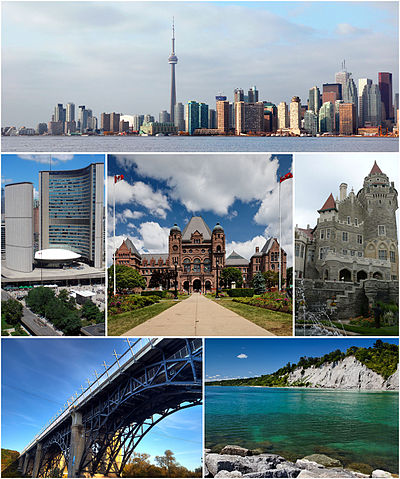 Toronto's climate on the whole is on the cool side and variable conditions can be expected. Winters are still cold and mostly cloudy, at some times snowy and uncomfortably windy and at other times, damp. At times, severe storms can impact flights into and out of the city, as well as slow down transportation and activities in the city for a day or two.

The city experiences warm and humid summers with an average high of 27°C and a low of 18°C in July/August, with many muggy evenings, but rarely extreme heat.